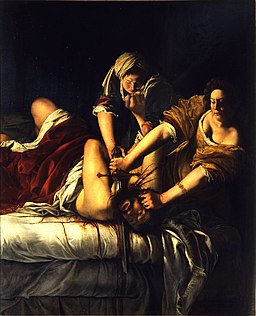 Monday’s announcement of the Hugo nominees led me to write about my experiences with WorldCon and meeting authors.

I’ve been listening to a lot of different music at work, thanks to the global record collection, and shared some of my discoveries on Tuesday.

In the same vein, on Wednesday there were works by artists I found intriguing.

A tiny bit of fiction for Friday night.  The monster is real!

And rounding out the week, my reaction to former pope Benedict’s letter about sex abuse in the Catholic Church.

Currently reading:  Black Leopard, Red Wolf by Marlon James.  I don’t know what I think about it yet, other than it’s weird.

What an interesting thing art is.  All art.  Someone thought of something and created it.  They looked around them and thought, “Hey, what if …?  Wouldn’t it be cool?  I want to try …”  And then through practicing their craft, they create the idea they had.

Sometimes I’m simply overwhelmed by the amazing things people create.  Every once in a while, amazing stuff comes out on the screen in front of me.  Words rushing out in a ethereal process which can never fully be explained, only felt and wondered at.

In the March 2019 issue of National Geographic (email subscription required) is a spread called “Conjured Clouds”  Puffs of clouds hang in the air where they normally wouldn’t be and it’s mesmerizing.

A search led me to this in Harper’s Bazaar. Four fashion icons posing with clouds. I suppose we could go deep into how ephemeral both art and fashion can be.  Maybe another time.   That’s the original book hoarder himself, Karl Lagerfeld.  (Life goals.)

The artist is Berndnaut Smilde, and he’s amazing.

Here’s another one from the same issue of National Geographic by Jodi Cobb.  It’s a reflection of Venice in the water, symbolizing her grief.

…social media in particular, [is] providing new and exciting methods of harnessing the herd.

Picked up on a lark at a museum gift shop.  The artwork appealed and I could smell the irony as I flipped through the pages.

It’s a not so ironic take on how propaganda has been working on contemporary society.  It’s painfully right.  I wanted to rebel at the language which placed the 1% as w.o.l.fs (Wardens of Language & Falsities) and the working class as c.o.w.s. (Corporate Owned Wage Slaves).

Given the roots of anger in the fight wing of the fight-or-flight response, it is no surprise … that a universal trigger for anger is the sense of being endangered.  Endangerment can be signalled not just by an outright physical threat but also, as is more often the case, by a symbolic threat to self-esteem or dignity: being treated unjustly or rudely, being insulted or demeaned, being frustrated in pursuit of an important goal.

It’s chilling, and at the same time, funny.  Chilling because the quotes from Hitler’s Propaganda Minister Joseph Goebbels still apply.  Funny because … well .. what isn’t funny about a picture of the cow in a business suit?

And then, the final sealed chapter arrives.  And there, literally in black and white, are the instructions to recognizing and overcoming the Hardcore Propaganda Machine.  The truth appears, and it is simple, if only we pay attention to the lessons of the manual and do the exact opposite.

We need more agitators like Nick McFarlane to show us how we got lost and how to stir things up to get back on track.  For that I am scared, and grateful.

I saw the exhibit at the De Young Museum in June 2017.

SFMOMA is simply gorgeous with large open spaces and lots of natural light.  Having now worked at a museum for over two years, I understand the fascination with becoming like SFMOMA.  If only …

The Munch exhibit Between the Bed and the Clock featured over 40 paintings.  All of them emotional and intense.  Weeks later, I’m still grappling with some of the more uncomfortable works dealing with death and great sadness.  Of course, about all I knew about him before this exhibit was The Scream which has a weakened impact since becoming an icon of pop culture, even having its own emoji.

Reading the catalogue helped me some.

An Icon of Emotion – article from SFMOMA

He was constantly drawn to the theatrical, the imaginary, the fantastic. Birth, death, love, and conflict, for instance, and tensions between male and female. This artist was not one to separate art from life.

A couple of my favorites:

It shouldn’t surprise anyone that Van Gogh’s Starry Night is one of my favorite paintings.  Van Gogh and Munch were contemporaries.