Exhausted! By the time I got home Sunday afternoon, I was veering into walls.

Panel:
SETI:  What Do We Do When We Find Them? – Andrew Fraknoi,  Guy Consolmagno, SB Divya, Douglas Vakoch, Lonny Brooks

Wow!  Lots of interesting questions about contacting extra-terrestrial intelligence.  While there was a massive amount of smarts on the panel, it was really cool to learn Vatican City has an observatory, and the director of the observatory, Guy J. Consolmagno, was on the panel.

“We’re always looking for ourselves.”

Interesting questions:
How do we not anthropomorphize aliens?
Maybe we should warn them about us?
What are we not including/asking?
What is our motivation for searching for extraterrestrial intelligence?
What are the consequences of contact?
Will aliens be truthful?  (Based on human history, there’s been a lot of dissembling.)
Should we just remain quiet?
Should we be more powerful?

Recommended Reading:
Would You Baptize An Extraterrestrial?

After the panel it was time for another swing through the Dealer’s Room, and find the line for a John Scalzi autograph.

What a great weekend! 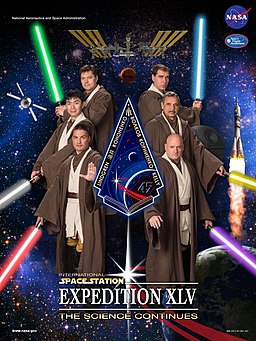 The must do event was the KaffeeKlatsche with @Mary Robinette Kowal and @astroKjell (Kjell Lindgren) .  MRK has written two of my favorite books ever, her Lady Astronaut series.  (Reviews coming much later when I get caught up with stuff.)

Getting to sit at a table and talk to the woman who wrote a fantastic book whose protagonist is strong, smart and an advocate for women in the space program knocked my socks off.  Oh, and a real live astronaut.  What a great way to start the day.

Mary and Kjell are some of the best people I’ve ever met.  They were kind and generous with their time, and allowed the 10 of us at their table to ask questions.  I’m grateful to for the opportunity to meet and engage with them.

1001 Nights is the first anthology ever.
“Fiction gives voice to the voiceless.”

Science fiction writing is booming in the Middle East now.  Yasser Bahjatt started a publishing house so that these voices can be heard.  One of his goals is to work with translators so that English readers get to hear the voices too.  It’s a really exciting development for world science fiction/fantasy

I couldn’t possibly do justice to Carrie’s roll call of Regency and Victorian era women who “broke” the rules.

Two thoughts:  Failure is how we learn, and make new mistakes

I left fandom years ago because I wasn’t really enjoying myself.  Old friends have died or moved on and I wandered off to figure out me.  Early cons are where I realized I was “too freaky for the mundanes, and too mundane for the freaks.”

While WorldCon76 was my second worldcon, it was my best con ever!  Big backpack stuffed with con survival gear (food, books, journals, pens, etc.), bowler hat squarely on my head, I wandered the convention center with a big smile on my face.  Thank you Richard for insisting I go.

My recaps are an effort to wrangle my notes into one accessible place.  Notes are incomplete because there’s no way I could keep up with people like @MGallowglas or Shayma Alshareef and Yasser Bahjatt.  Mistakes are mine, not theirs.

After the panel I wandered down to the Dealer’s Room to table F19 and talked to Todd for a few minutes and picked up a copy of My Year of Creative Reading, which he signed for me.

Then an hour plus interlude waiting in line to sign up for the @Mary Robinette Kowal and @astroKjell (Kjell Lindren) KaffeKlatsch scheduled for the next day.  Best reason for waiting in line.  Ever.

Afrofuturism is the myth, fiction, art, and science, the cinema and music and dance of the children of the African Diaspora.

Dream because you need to feed yourself.

This is an incomplete list of books I’ve read which have helped me understand what it means to be “other,” based on skin color. They make my heart ache, and think more deeply about my own privilege of being white.

To tell you my dreams are odd would be an understatement.  They are weird, vivid, brightly Technicolor, and often, violent.  The last week or so they’ve settled for just being odd.

Last night, I had a dream about a snake named Jesus.  Jesus, as in the son of Mary.  Not Jesus, the son of Maria.  And somehow, I was working for the Director.

I got the impression I was working for a movie director, and my job hinged on catching a snake after it had done its bit on film.  Actually, my job hinged on getting over my fear of snakes.  Because being afraid of snakes was going to get me fired.

Jesus was an opalescent color, which scales turned gorgeous rainbow colors.  It was to come out of a pile of food, and I was to catch it and put it in a bin for safe-keeping.  Only, when the time came, I couldn’t find a bin and Jesus escaped me.

The next thing is all of a sudden snakes are coming out of the walls, and people I barely knew in a past long gone were walking the halls of the mall looking to kill snakes with pitchforks and long sticks.

I found myself stopping groups of people and telling them not to kill Jesus.  Other snakes were fair game, but not Jesus.

In waking life news, there’s this.